In April 2010 I crossed France by bicycle. My first travel with iPhone. The way is geotagged in the exif data of the photos I made.
The following photo is made near Foix in the Arriège valley (Pyrenees).
At this early days as an iphoneographer, I only used the built in camera app of the iPhone 3GS. So I was only able to make photos of some quality, when the light was bright enough.
Now, at the time I write this post, one year has passed. I pimped my iPhone with some great photo apps. So I’m able to process the old pictures. The following one is filtered twice by Dynamic Light. I made an Orton shot and an Ultra Contrast shot, which I both combined in Pro HDR to the final photo. 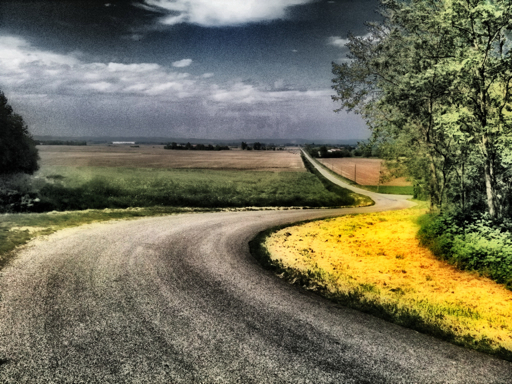